Biomass is used as fuel, according to the definition of the German
“Biomass Legislation”.

The order was placed to Standardkessel Baumgarte in November 2001.

The plant is equipped with the following procedural units. The fuel is delivered by trucks. Beginning with the receiving station the fuel is conveyed into the storage silos. From there the fuel arrives in the boiler area via a conveying system.

The electrical energy being generated in the turbine/generator is fed into the public grid and the process steam into the steam net of the heating power station.

The back up for the district heating system is done by an auxiliary boiler.

"Thanks to our broad product portfolio in the field of biomass firing systems, we can always offer our customers an optimal solution" 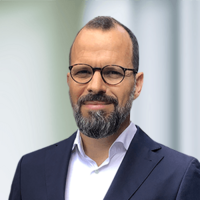