Development of waste to energy plants

The waste incinerator technology developed by Standardkessel Baumgarte was applied not just when the new waste incineration plant Frankfurt Nordweststadt was built in 1964, but also when it was partly renewed in 1983. Already during the offer phase of  the second part renewal, which was commissioned in 2004, the general contractor Lurgi Lentjes AG involved us intensively.  The task was to develop a waste incineration plant designed for demanding steam parameters in consideration of the latest technologies. In addition, the very restricted space conditions had to be taken into consideration when developing the boiler concept and the increased performance.

Development of a boiler concept designed as a two-pass system with furnace area followed by a radiation area in vertical construction and a downstream horizontal pass with the installation of convective heating surfaces. Through this concept an increased plant performance by around  35 % could be realised by maintaining the existing space conditions. So as to protect the superheaters from corrosion in the presence of main steam temperatures normally unusual in waste incineration plants, the heating surface tubes were cladded with the high-grade Inconel material. The plant was renewed in two construction stage, i. e. two lines were revamped in one stage with the other two in full operation.

"We deliver an innovative and specially adapted technology for a sustainable and effective energy supply tailor-made for your needs". 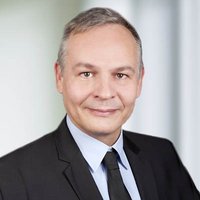