GDF SUEZ Saarland GmbH (formerly Electrabel Saarland GmbH) is the site owner/operator of the district heating power station in Saarbrücken. The existing power plants were extended by the addition of a new combined cycle gas and steam turbine plant which was integrated into the existing heat power station as a modernised plant in the meaning of the Act on the Co-generation of Power Heat (KWK-Gesetz). The plant consists of a gas turbine with downstream heat recovery boiler, the live steam of which is fed to a steam turbine for the generation of electricity and district heating water. To increase their own electricity share, within the scope of a complete co-generation of power and heat the extension was implemented during the years 2004/2005.

For the new plant a gas turbine from GE, type LM 6000 with a nominal capacity of 47 MW was selected. The waste heat from the gas turbine is utilised in a downstream heat recovery boiler for the generation of high-pressure steam and district heating water. An additional firing system for the fuel natural gas is used in the gas turbine combined operation for increasing the capacity of the steam generation and in the event of GT trip as fresh air firing system for safeguarding the electricity and district heat supplies. The change-over between the two modes of operation GT combined and fresh operation is carried out with regard to steam generation without interruption in a smooth change-over.

"In order to meet the demands of a volatile energy market, we have made it our mission to realise our plants with maximum efficiency and high availability." 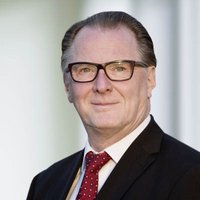 Head of Sales and Marketing